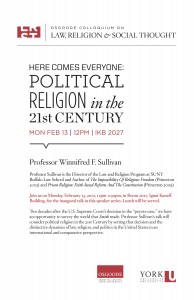 “Here Comes Everyone: Political Religion in the 21st Century”

Two decades after the U.S. Supreme Court’s decision in the “peyote case,” we have an opportunity to survey the world that Smith made. Professor Sullivan’s talk will consider political religion in the 21st Century by setting that decision and the distinctive dynamics of law, religion, and politics in the United States in an international and comparative perspective. 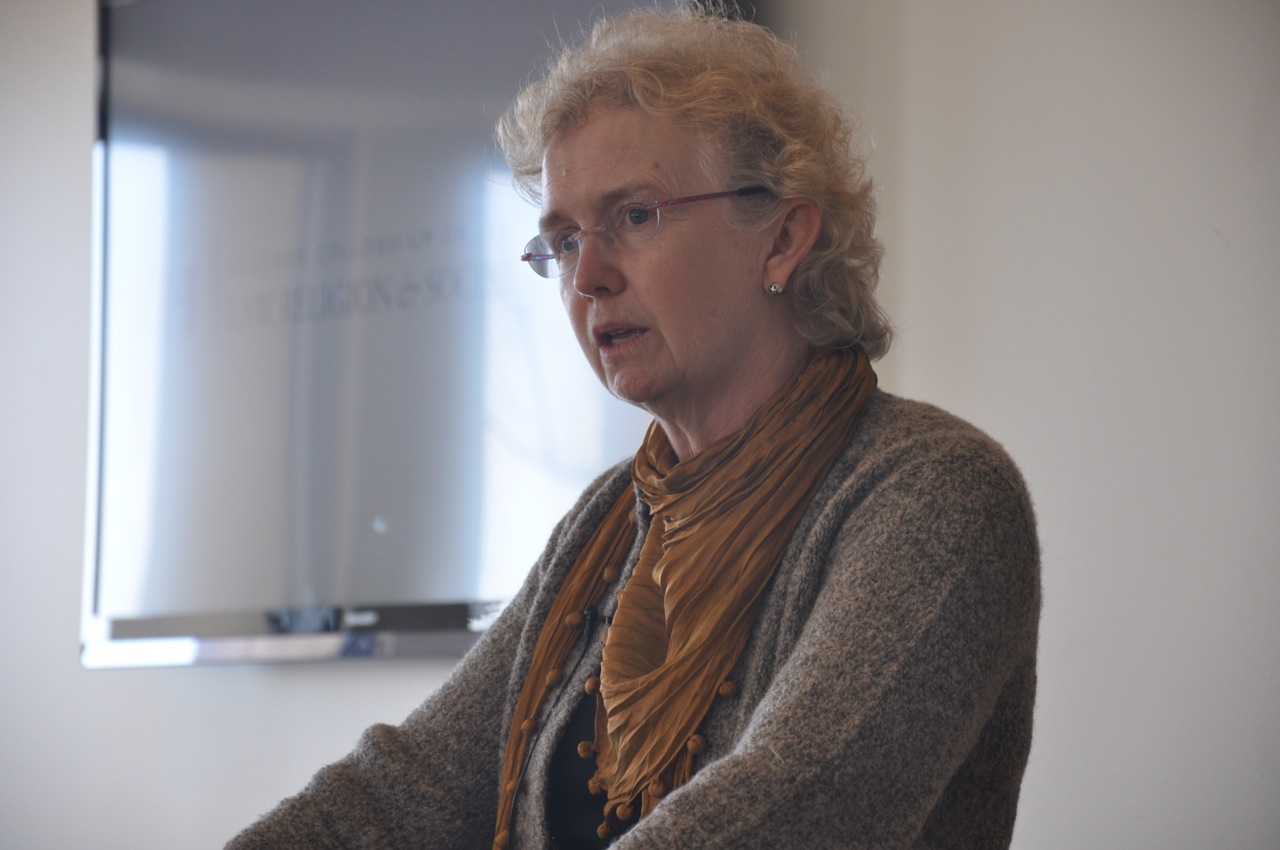 Winnifred Sullivan is the Director of the Law and Religion Program at SUNY Buffalo Law School and Author of The Impossibility Of Religious Freedom (Princeton 2005) and Prison Religion: Faith-based Reform And The Constitution (Princeton 2009).