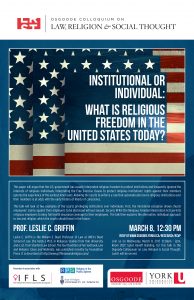 “Institutional or Individual: What is Religious Freedom in the United States Today?”

This talk will look at two examples of the courts privileging institutions over individuals. First, the ministerial exception allows church employees’ claims against their employers to be dismissed without lawsuit. Second, RFRA (the Religious Freedom Restoration Act) permits religious employers to deny full health insurance coverage to their employees.  The talk then explores the alternative, individual approach to law and religion, which the courts should favor in the future. 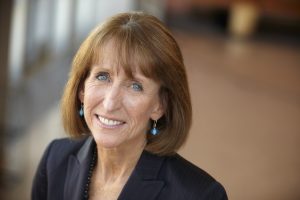 Leslie C. Griffin is the William S. Boyd Professor of Law at UNLV’s Boyd School of Law. She
holds a Ph.D. in Religious Studies from Yale University and a J.D. from Stanford Law School. The fourth edition of her textbook, Law and Religion: Cases and Material, was published recently by Foundation Press. It is described at http://www.griffinlawandreligion.com/. 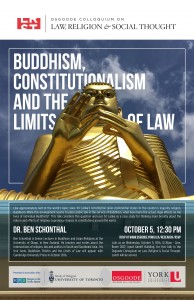 “Buddhism, Constitutionalism and the Limits of Law”

Like approximately half of the world’s basic laws, Sri Lanka’s constitution gives preferential status to the country’s majority religion, Buddhism. While this arrangement seems to place public law in the service of Buddhism, what have been the actual, legal effects on the lives of individual Buddhists? This talk considers this question and uses Sri Lanka as a case study for thinking more broadly about the nature and effects of religious supremacy clauses in 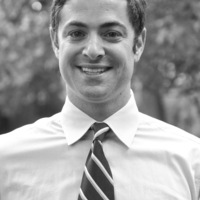 constitutions around the world.

Ben Schonthal is Senior Lecturer in Buddhism and Asian Religions at the University of Otago, in New Zealand. He teaches and writes about the intersections of religion, law and politics in South and Southeast Asia. His first book, Buddhism, Politics and the Limits of Law will appear with Cambridge University Press in October 2016.