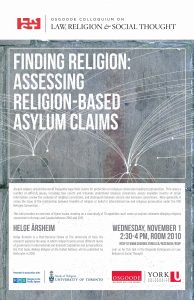 Asylum seekers around the world frequently base their claims for protection on religious conversion leading to persecution.  This raises a number of difficult issues, including how courts and tribunals understand religious conversion, how they assess available country of origin information, review the contents of religious convictions, and distinguish between sincere and insincere conversions.  More generally, it raises the issue of the relationship between freedom of religion or belief in international law and religious persecution under the 1951 Refugee Convention. 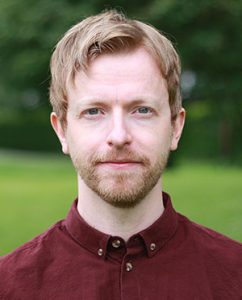 This talk provides an overview of these issues, drawing on a case study of 70 appellate court cases on asylum claimants alleging religious conversion in Norway and Canada between 2010 and 2015.

Helge Årsheim is a Post-Doctoral Fellow at The University of Oslo. His research explores the ways in which religion travels across different levels of governance in international and domestic legislation and jurisprudence. His first book, Making Religion at the United Nations, will be published by DeGruyter in 2018.